CULINARY EXTASES: The Truffle, a pleasure with a little mistrust.

From all the mushrooms, the truffle is the most exquisite, tasteful and rare ingredient in gastronomy. The truffle is food from the Gods, an absolute confirmation of someone's delicacy and good taste. The truffle is a culture on its own.
A pleasure with a little mistrust is a playful description of an unique and particular culinary experience.
Jean Anthelme Brillat Savarin (1755 - 1826) wrote the book The Physiology of Taste which made him famous at the end of his life, astonishing those who knew him only as a distinguished judge in the Paris Court of Appeal.. Born in Belley, in the South- East of France, he lived in violent and eventful times, his legal career being interrupted by the French Revolution - in which initially he participated, from which he later had to flee - and exile in America. On return he became an establishment figure, a keen instinct for self-preservation enabling him to survive numerous changes of regime. He was a man of many parts, landowner, one-time mayor, amateur doctor and scientist, violinist, keen hunter, admirer of beautiful women, and author of a handful of pornographic stories.
Physiology of Taste was first published in France in 1826 and never since out of print. The Physiology of taste is an historical, philosophical and epicurean collection of reflections and anecdotes on anything and everything gastronomical.
In this article we focused on the passage about the truffle, the black diamond of an particular gastronomical experience.
The recipe at the end of the article, is from the French top chef Alain Ducasse. It was in the early 1980's that I met Alain Ducasse for the first time. He realized this Winter Truffle Salad on a afternoon during a visit in his house in the Provence. We were having an aperitif when a local farmer brought a few truffles freshly harvest in the morning. 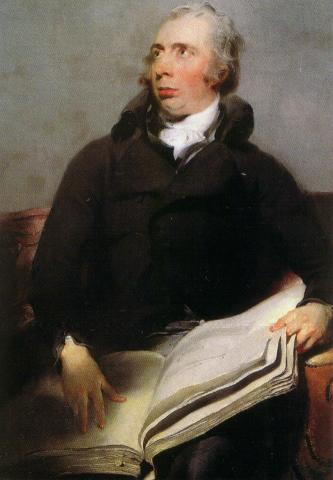 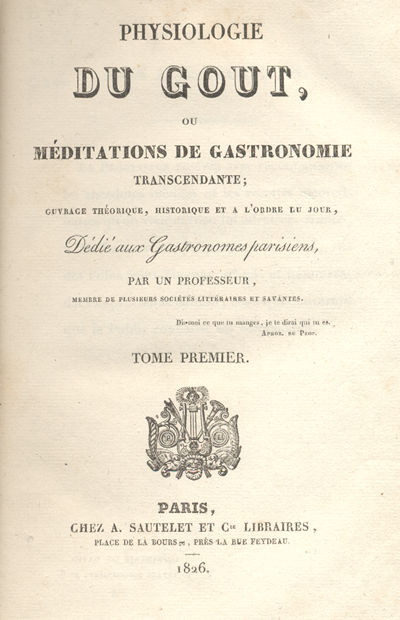 The first edition of the book.


Brillat - Savarin about the Truffle, excerpt from The Physiology of Taste VII Truffles.

43: Whosoever pronounces the word truffle gives voice to one which awakens erotic and gastronomical dreams equally in the sex that wears skirts and the one that sprouts a beard.
This most honest sharing of emotions springs from the fact that the renowned tuber is not only delicious to the taste, but is believed to rouse certain powers whose tests of strenght are accompanied by the deepest pleasure.
The beginning of the truffle are not known: it can be found, but none understands how it is born or how it develops. The cleverest men have devoted themselves to it: they have believed that the seeds were found, and that they could be sown at will. Useless efforts! Lying promises!.Never yet has such a planting been followed by a harvest, and this is perhaps not two unfortunate; for, since the price of truffles depends largely on public whim, perhaps they would be less highly valued if they were abundant and inexpensive.
"Good news, my dear friend !" I said one time to Madame de V...; ' we have just been presented in the Society for the Encouragement of Industry with a new method by which the most exquisite lace can be produced, and at practically no cost!" "Heavens!" that beautiful lady answered with a bored look. "If lace were cheap, do you suppose that I would bother to wear such ragged-looking stuff ? "

44: The Romans had a kind of truffle; but it does not seem probable that the French variety got as far as their tables. The ones which were so highly prized by them came from Greece, from Africa, and above all from Lybia; their flesh was white or reddish, and the Lybian truffles were at once the most sought after and the most delicate and odorous. 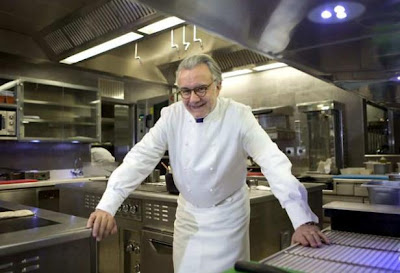 The french top chef Alain Ducasse in his kitchen 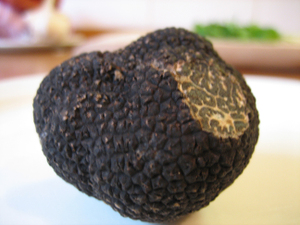 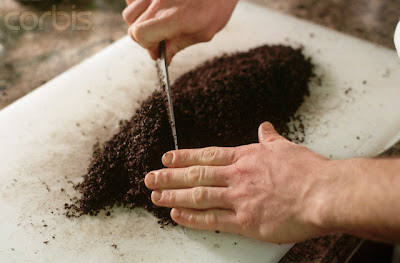 STYLE FACTS a magazine about styles and elements of desires

style facts
Style Facts is a magazine observing styles and elements of desire in different cultural and sub-cultural environments. Style Facts is presenting a vision and does not arbiter. The magazine is about styles and fashion culture, arts and photography both from bygone and contemporary periods. Style Facts is stylish, aesthetic and absolute anti orthodox. Marc T.